The future of pediatric imaging

The future of pediatric imaging 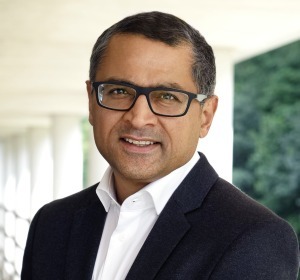 A premature infant with sepsis and the tiniest veins receives precisely targeted, lifesaving medications intravenously. A teen on a bicycle collides with a car and hits his head; in minutes ED physicians learn it’s bleeding on the brain.

While providers continue to adhere to safe, low-dose imaging protocols, we are also seeing a trend toward finding new care pathways that use ionizing-free modalities. For example, more clinicians are opting to use point-of-care ultrasound over CT to diagnose appendicitis in children because it’s safer and has a very high accuracy rate. Many pediatric emergency physicians are adopting an ultrasound-first philosophy because it delivers a speedier diagnosis. It’s also less costly, safer, painless, and because children typically have low body fat, it’s easy to acquire very clear images with ultrasound.

Neonatal and pediatric intensive care units are adopting dedicated imaging equipment, such as wireless, portable DR and point-of-care ultrasound, so that children can be diagnosed more quickly and avoid being moved around the hospital, where they risk exposure to potential nosocomial infections.

New technologies are also aiming to reduce the need for sedation during pediatric imaging, making exams safer. In terms of design, reducing patient anxiety is a top priority. That means smaller, less noisy, more soothing equipment that acquires images faster and reduces the need for the patient to stay still.

There are also important social factors for imaging children. Since pediatric patients are not always able to speak up for themselves, radiology is in a unique position to uncover adverse life events, such as physical abuse. Historically, hospitals sometimes use double density CR films to conduct skeleton surveys to detect abuse – requiring as much as 20 films on a 9-month-old. With new advances in digital radiography systems, physicians can detect evidence of abuse in the bones with lower dose exposure.

Healthcare IT and artificial intelligence
While it is always important to have a comprehensive picture of the patient, it is particularly vital in pediatrics. First, young children lack the verbal skills to provide any kind of history. Moreover, many very sick children begin treatment at a community hospital but need to be transferred to a children’s hospital – their imaging should be immediately accessible to the new clinical team.
1(current)
2