Not all breast density laws are created equally 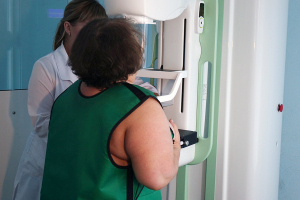 Breast density laws requiring the
inclusion of supplemental testing
information have generated a
small increase in women
seeking breast ultrasound
In recent years, breast density notification laws have sprung up in states all over the country, providing valuable information to women who might have otherwise just received a mammogram result showing no cancer was detected.

Since dense breast tissue can obscure some tumors on mammograms, and also puts patients at a higher risk of breast cancer, most experts agree that the notification laws allow patients to take more control over their breast health. Now researchers at the Yale School of Public Health and School of Medicine have shown that the wording of these laws can have a significant impact on what patients do with the information.

According to the researchers, it's not that simple.

“Although many studies find a small increase in cancer detection among women with dense breasts, there is still uncertainty around the benefits and potential harms of supplemental screening. Potential harms include more false-positives and, perhaps, increased anxiety among women,” Susan Busch, professor of public health and corresponding author, told HCB News. “In addition, there is also uncertainty regarding whether supplemental ultrasound is associated with reduced breast cancer mortality. This uncertainty may have led some states to omit language regarding the benefits of supplemental screening from their dense breast notification laws.”

The researchers examined data from more than one million mammograms of women in their 40s and 50s with private insurance. The subjects lived in states that either had no notification law; ones that only included information on breast density status; or ones that also recommended supplemental testing.