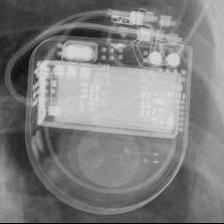 By naming the manufacturer and product names of defibrillators, pacemakers and other solutions, the software speeds up the diagnosis of patients with faulty devices in emergency situations, enabling them to receive the appropriate treatment.

“The manufacturer is the most important thing to determine because without that information healthcare teams cannot do anything with the device. This is because to examine the device's memory, change its settings, or deliver treatment using it you need to get the manufacturer's specific equipment to the patient's bedside which is heavy and cumbersome,” Dr. James Howard, a Ph.D. student at Imperial College London and an author of a study on the software’s use, told HCB News. “It's impractical to take the equipment for St. Jude, Medtronic, Biotronik, Boston Scientific, Sorin, and other vendors all to the patient's bedside unless you have 5 different members of staff to carry them all. You want to know before you go fetch it.”

More than one million people worldwide undergo cardiac implantations annually. Clinicians currently rely on a flow chart to identify said devices, though the method is deemed by the authors of the study to be “several years out-of-date,” “tricky in some places,” and “fairly inaccurate.” It also takes a physician five minutes on average to identify the make and model of a device with the chart.

The neural network software can be trained to identify more than 1,600 different cardiac devices from patients, and holds a 99 percent accuracy rate. Clinicians simply upload an X-ray image containing the device onto their computers. The software then reads the images and produces the make and model of the device in seconds.

To test their approach, the researchers devised a task in which the program was to identify the devices of more than 1,500 patients at Hammersmith Hospital between 1998 and 2018, based on their X-ray images.

Comparing its results to those of five cardiologists who relied on the flowchart algorithm, the authors found that the software outperformed current methods with a 99 percent accuracy rate, compared to the 72 percent of the flow chart.

As the system has only been trained on pacemakers at Imperial College London, the researchers aim to create a bigger trial involving other institutions, in the hope of demonstrating its accuracy in different settings, especially emergency departments. They also seek to train it on rarer models it has not come across before, investigate ways to create a more portable device for use in hospital wards, and validate the program’s ability to identify devices safe for MR scans.

“Getting the model is an added luxury, because it will also give the healthcare provider some extra information, such as whether the pacemaker is also a defibrillator, and particularly, if the device can safely go inside an MR scanner,” said Howard. “We don't currently advise on whether the pacemaker is MR safe yet, but it's something we want to work toward, because it's a real clinical problem.”

While not yet provided with a product name, the software is currently referred to by the internal code name, PPMnn (permanent pacemaker neural networks).

The findings were published in the journal, JACC: Clinical Electrophysiology.