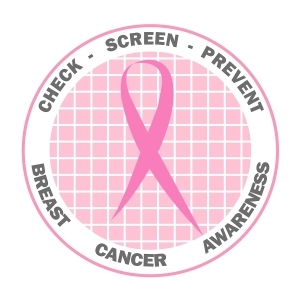 A study out this week by the American College of Physicians (ACP) has reignited the debate about recommended breast cancer screening protocols.

The study, which offers up new guidelines for less mammography for women 50-74 and discontinued screenings for women 75 and older, drew sharp criticism from the American College of Radiology (ACR) and breast imaging radiologists.

“The reviewers discounted research reports that used observational studies – which are extensive and often excellent – and instead, relied on randomized controlled trials (RCTs),” Dr. Debra Monticciolo, professor of radiology at Texas A&M University, vice-chair for research, and section chief of breast imaging at Baylor, Scott and White Health, told HCB News. “While many RCTs are good studies, all are more than 25 years old – some more than 50 years old – and do not represent current mammography technique. This is a major limitation of the ACP report.”

The ACP also got a lot of information in their report, which was published in the Annals of Internal Medicine, "wrong," according to Monticciolo, who is the former chair of the ACR Breast Imaging Commission. For example, ACP states that the incidence of breast cancer is low in women younger than age 60.

“This is incorrect – more than 50 percent of (in situ cancer) and almost half of all invasive breast cancers occur in women under 60,” Monticciolo said. “This is a dangerous error. Breast cancer is the most common cancer in women and the second leading cause of cancer death. It certainly has a major impact, not a low incidence, for women under 60.”

Dr. Laurie Margolies, professor of radiology at Icahn School of Medicine at Mount Sinai and chief of breast imaging at Mount Sinai Health System, told HCB News that many past studies had conducted the same reviews as the ACP study, which she said did not provide any new evidence. She took issue with the conclusion of the ACP reports related to harm caused by mammography false positives and related overdiagnosis and over-treatment

“False positives are discussed [in the ACP report], yet it is important to remember that a false positive does not mean that a woman is told she has cancer when she does not,” Margolies said. “But that there is something on the mammogram that does not seem quite right to the radiologist.”

The protocol in such cases is more images or an ultrasound to make a conclusive reading. Most women who are recalled for mostly outpatient follow-up images do not end up with a biopsy, she added.

In its statement, the ACR maintained that the recommended ACP guidelines could result in up to 10,000 additional and unnecessary breast cancer deaths annually. The ACP protocols could also result in thousands of women enduring more extensive surgery, mastectomies and chemotherapy to treat advanced cancers.

According to ACR, the ACP report mirrors the recommendations by the U.S. Preventive Services Task Force. However, the ACP guidelines are counter to the mammography screening guidelines of the ACR, the American Cancer Society and the Society of Breast Imaging.

“Women should be allowed to gain maximum benefit from screening and also should understand the risks, which are overstated in the ACP report,” said Monticciolo. “If a woman wants to have the best chance of avoiding breast cancer death, she will want to have a mammogram every year starting at age 40. Some women should start sooner if they are at higher than average risk.”