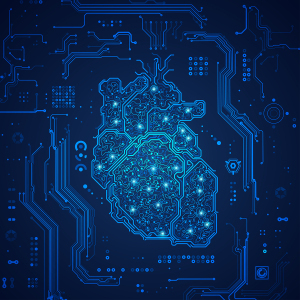 That was the claim made by a group of researchers this past weekend at the International Conference on Nuclear Cardiology and Cardiac CT in Lisbon, where they presented their findings for predicting sudden death from heart failure.

“Our model calculated the probability of a sudden arrhythmic event with an area under the curve (AUC) of 0.74, where 1.0 is a perfect prediction and 0.5 is a random result,” said study author professor Kenichi Nakajima, of Kanazawa University Hospital in Japan, in a statement. “This could be used to identify very low-risk patients for whom an ICD or CRT-D is not required, and very high-risk patients who should receive a device. Optimizing risk evaluation in this way will improve the cost-effectiveness of treatment.”

Around one to two percent of adults in developed countries suffer from heart failure, with a high number of deaths taking place suddenly, due to ventricular arrhythmias, especially among those with milder symptoms. While implantable cardioverter defribrillators or cardiac resynchronization therapy with a pacemaker and defibrillator are suggested to reduce this risk, the devices are expensive and do not work in every patient.

The eighth variable was nuclear imaging parameter, which was heart-to-mediastinum ratio (HMR) of 123Iodine-metaiodobenzylguanidine (MIBG) uptake, a radioisotope that is used to assess the activity of cardiac sympathetic nerves. It is an analogue of norepinephrine, a prescription used for heart failure support. The inclusion of nuclear imaging parameter as a factor stems from previous studies that indicate that HMR can predict cardiac death in patients with heart failure. Measuring it requires an injection of MIBG into the vein, and then using imaging to assess uptake in the heart and upper mediastinum, also known as the center of the thoracic cavity.

The researchers applied the machine learning solution to the cases of 529 heart failure patients with known two-year outcomes for sudden arrhythmic events, including arrhythmic death, sudden cardiac death, appropriate shock from an ICD, and death due to heart failure.

“This is a preliminary study and we can improve the prediction of arrhythmic events by adding variables and continuing to train the machine learning algorithm,” said Nakajima, adding that a potential barrier that users should be aware of is the cost of MIBG imaging, which is around $2,130–$3,800 in the U.S. “While the costs of the scan may be high, it would be value for money if unnecessary device implantations were avoided.”