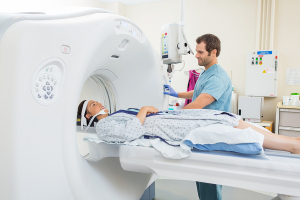 "Head CT is not only most frequently ordered in the ED, but also during the most complex ED visits, suggesting that the ICD-10 codes associated with such exams do not appropriately reflect patient complexity," said coauthor Dr. Ryan Lee, a radiologist at Einstein Healthcare Network, in a statement. "The valuation process should also consider the complexity of associated billed patient encounters."

Using 2017 Medicare claims data, the researchers found the most common site for performing head-CT procedures to be emergency departments. They then classified the data by complexity, based on the ED visit of the patient, with one being the least complex and five being the most. Visits were rated based on level of complexity and diagnosis reported on the billed head CT claims.

Assessing 6,363,404 head CT scans, the authors recorded 56.1 percent in EDs as well as orders of 70 percent of non-contrast exams there for the most complex patient encounters. The most common diagnosis among level-five patients who underwent head CT scans without contrast agents were “dizziness and giddiness”. Those that underwent head CT with and without contrast agents were most commonly diagnosed with a headache.

The findings were published in Current Problems in Diagnostic Radiology.