Insights on implementing digital breast tomosynthesis from someone who knows

Insights on implementing digital breast tomosynthesis from someone who knows 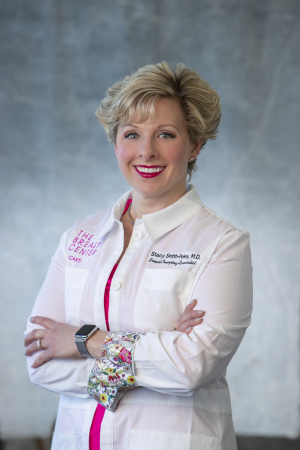 Since its introduction into the market in 2011, digital breast tomosynthesis (DBT) has been gaining support among radiologists as a screening modality that can help detect early and invasive breast cancer.

According to Mammography Quality Standards Act and Program (MQSA) national statistics featured by the Food and Drug Administration (FDA), there are more than 8,600 certified facilities in the United States and approximately 5,200 of them have DBT units.

Although these statistics indicate that DBT is now considered the gold standard of breast cancer screening, there remains room for improvement to embrace adoption more fully across the country — and that starts with truly embracing the benefits of DBT. As a radiologist who is currently launching my third DBT adoption program at a breast imaging facility, I am uniquely poised to advocate for how DBT can have a positive impact on clinicians and patients.

I experienced my first two DBT modality launches in 2016 at the Breast Center of Northwest Arkansas, and subsequently at the Leta M. Chapman Breast Center in Oklahoma. To implement DBT, my colleagues and I had to develop a consensus on imaging protocols, such as determining which patients would have screening with DBT, and if we would use DBT on diagnostic patients or callbacks. After that, it was fairly easy to adopt the technology.

As anticipated, and as DBT skeptics will argue, using DBT technology did not reduce image reading time. However, I quickly found that its significant advantages far outweighed this challenge. In the first week of offering DBT screening as an option for patients, my colleagues and I diagnosed breast cancer that could only be visualized on the DBT images. In fact, in many cases, we identified cancer in patients who we had been screening for years using standard 2D imaging. It was only with the 3D images that we could see the architectural distortion that had gone undetected for years.

At a time when improving patient outcomes was growing in importance, having the ability to detect more cancer was a crucial point of positive change for us. We were so confident in our DBT screening results that we, in fact, offered a cash price to patients whose insurance did not cover DBT. These patients could still elect the option of “3D mammography,” and they could still benefit from the increased cancer detection and reduced call back rates.

The more comfortable we grew with using DBT, the easier it became to see the distinction between an imaging finding we would have usually called back and where DBT confidently allowed us to skip callback. Perhaps most interesting was that DBT created a paradigm shift in the way we triaged patients.
1(current)
2