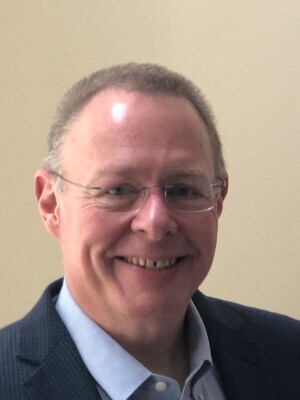 Pat Fitzgerald
Wednesday afternoon at about 4:30pm, I received a phone call from Pat Fitzgerald and Laurence Alexander, sharing the exciting news with me that Pat would be joining Chronos Imaging, LLC as their new executive director. It will be Pat's job to define and develop a road map for the next five years at Chronos.

Those of you in the know will remember that Pat served as the General Manager for Dunlee for five years and then was the President of Dunlee for 10 years and worked at the Aurora facility, operated by Dunlee.

Rob Piconi, the executive chairman at Chronos, surprised the industry when he purchased the Aurora facility from Philips and Chronos took over the facility in January 2018.

Laurence Alexander has been in charge since that time and Laurence told me how excited he was to have Pat join Chronos.

I've known Pat a long time and I've always been impressed with how knowledgeable he is on the industry in general. He is able to keep random thoughts in his mind and tie them all together in a conversation.

I think Pat has one of the richest Rolodex's in the industry and he has been a big help to our news operation over the years.

Pat served on panels and I don't know of anyone who doesn't have a high opinion of him, even the competition.

I think this is a great opportunity for Pat and for Chronos and for the industry in general.