The reimagined X-ray that may change the world 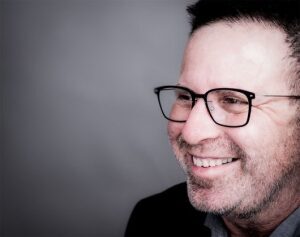 The world has a problem. A medical imaging problem, to be exact. Early detection by medical imaging is perhaps the most important factor in the nearly 8.8 million lives lost each year to cancer, according to the World Health Organization. Yet, despite all the modern healthcare advances worldwide in recent decades, the fact remains that two-thirds of the world’s population still has no regular access to medical imaging. And, in many cases, even those who do have access to the technology still must wait weeks or months for medical scanners to become available. When detected early using medical imaging systems like CT scanners, cancer has a 70 percent to 99 percent survival rate, according to Marshfield Clinic Health System Foundation. Yet even in a highly developed country like the U.S., some insurance companies will only cover a medical imaging procedure, such as a mammogram, every two years. This means that diagnostic results often arrive too late and people do not get treated in a timely manner.

There are three key reasons that access to medical imaging remains a problem:

1. Price. CT scanners can cost $3 million, even before the high cost of maintenance is figured in, an amount well beyond the means of most healthcare systems. Most of the cost goes to addressing the heat issues associated with an average x-ray machine today. Because a filament has to be heated to 2000 degrees Celsius the machines require an extremely complex cooling system. An X-ray tube alone can cost anywhere between $150,000 to $500,000.

2. People. A lack of trained technicians worldwide causes delays for patients and slows the treatment of cancer and other medical conditions. Even in developed countries like the United Kingdom, the workload of interpreting scans has increased by 30 percent since 2012 but the number of radiologists has increased by just 15 percent, according to the BBC.

3. Technology. At the technological heart of every X-ray imaging system is an analog tungsten filament. This technology has remained unchanged for the past 125 years, since the X-ray’s discovery in 1895 by the German physicist Wilhelm Röntgen. Also, behind even our most advanced X-ray equipment is the same analog bulb from Röntgen’s era. These bulbs cost around $150,000 to $200,000 each, need to be replaced frequently and produce high amounts of heat. In fact, the rotating section of a CT-scan machine is designed to dissipate this heat, as it would otherwise melt through the machine at more than a thousand degrees Celsius.
1(current)
2
3