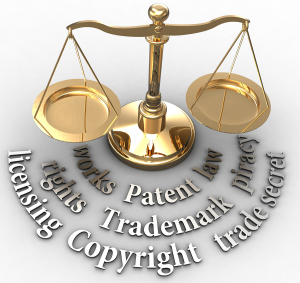 The denial of Hologic’s request reaffirms the U.S. Patent Office's 2017 decision to invalidate the '183 patent, which revolved around a method for detecting the existence of any perforations within the uterine wall lining prior to ablation. Hologic used the patent as an arguing point against the sale of Minerva Surgical’s Endometrial Ablation System.

“Since 2015, Hologic has tried repeatedly and — fortunately for patients — unsuccessfully to use its '183 patent to halt sales of Minerva's best-in-class Endometrial Ablation System,” Vera Elson, a lead trial lawyer and a partner for Wilson Sonsini Goodrich & Rosati, who represented Minerva Surgical, told HCB News. “The decision means that the millions of women in the U.S. who suffer from abnormally heavy menstrual bleeding will continue having access to Minerva, the fastest growing Endometrial Ablation System in the U.S.”

Abnormal Uterine Bleeding (AUB) affects more than 10 million women annually in the U.S. alone. Ablation procedures can be used to treat this condition, but not in circumstances where holes are found in the lining of the uterine wall, as the delivery of energy from the process creates heat that could seep through the holes and potentially damage nearby organs, likely leading to the need for major surgery.

Hologic initially filed its patent infringement suit against Minerva in 2015, alleging that the latter’s EAS violated four U.S. patents owned by it. Two were dropped prior to the trial following the expiration of one and the invalidation of the other by the U.S. Patent and Trademark Office (USPTO) as a result of Minerva filing a post-grant review of the patent.

Minerva also filed an inter partes review (IPR) with the USPTO to review the validity of the ‘183 patent. It presented evidence that showed that similar methods had been patented before and challenged Hologic’s assertion that conducting its method requires a skilled artisan with experience using uterine devices.

The USPTO agreed with Minerva’s argument, and invalidated the patent in December 2017. Hologic appealed the decision to a three judge panel for the Federal Circuit U.S. Court of Appeals, which unanimously upheld USPTO’s decision in April, and ordered Hologic to pay Minerva’s costs for the appeal. It noted in its deliberation that the Federal Circuit was “not likely” to reconsider its decision, and that the Supreme Court would likely not grant certiorari (further review) on the matter.
1(current)
2