Sick children are not a 'political football' 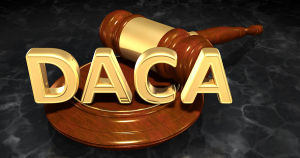 Absolutes make me nervous. Fortunately, you may have heard that on Monday president Trump backpedaled his decision to force non-citizen sick children to leave the United States within 33 days.

I'm glad that he changed his mind and that these sick children will be allowed to stay in the United States since sending them to their native countries would very probably result in a death sentence.

In my mind, there are so many problems we have that we could work on, whereas this is a situation that isn't broken and we shouldn't be trying to fix it.

Generally speaking it makes me nervous to apply a set of rules arbitrarily and in a hurry. Sometimes it has to be done. In the case of security after 9/11 or the Centers for Disease Control or mandatory evacuations before a hurricane... but this is not one of those situations, so I'm glad the president is not painting a whole group with the same brush.

You may have read about a young woman named Maria Bueso who came here from Guatemala with a rare disease. She was invited by medical researches to participate in a study and thanks to the research the FDA has approved a medication and Maria is now 24 years old despite having been told she had very little chance of living past adolescence.

There are other examples of sick children who are not a drain on our healthcare system that I think should be allowed to stay.

I really dread the upcoming political campaign and I have a terrible feeling that we're not going to focus on the most important issues and challenges facing us in the coming years. I certainly don't have the answer, but I wish that I did.