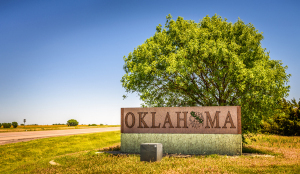 Pentax Medical told regulators in July that contaminated gastroscopes were used on almost 1,000 patients — with no reported infections.

The report, recently made public and seen by Reuters, revealed that four scopes were used in 998 procedures through June.

The hospital name was not provided because, due to FDA regulations, “we are not permitted to disclose the facility identity publicly,” spokeswoman Alison Hunt told the news agency.

Pentax said in a statement that there had been “failure by the facility reprocessing personnel to completely follow” cleaning instructions, adding that the “hospital has notified all potentially affected patients of their options for post-exposure medical screening.”

The FDA stated to the news agency that it had “determined that the manufacturer’s reprocessing instructions were not followed,” and that it is in ongoing discussions with the maker and hospital to learn more about what happened.

In a study published last year in the American Journal of Infection Control, 71 percent of reusable scopes — including gastroscopes, colonoscopes and bronchoscopes — in three U.S. hospitals, which were considered cleaned and ready to use, had tested positive for bacteria.

“Scopes get highly contaminated every time they’re used,” Cori Ofstead, the study’s author and an epidemiologist in St. Paul, Minnesota, told Reuters, noting that in the Oklahoma situation, “it appears the institution continued to use damaged scopes, and inadequate cleaning allowed potential pathogens to remain on the scopes.”

Pentax told the FDA that the “forward water jet channel” was not properly cleaned on three of the gastroscopes and a “foreign liquid was evacuated from at least one of the devices upon flushing” that channel.

Once the problem was spotted, the hospital sent the scopes back to the maker.

Scopes were in the news in April, when the FDA said 5.4 percent of duodenoscopes had tested positive for “high concern” organisms in manufacturers’ post-market surveillance studies.

“We’re continuing to evaluate the benefit-risk profile of these devices, and we’d like to see strong evidence that proper cleaning and reprocessing can virtually eliminate any bacteria residue that can spread infections. Currently, that evidence is lacking, and we’re considering what additional regulatory actions may be necessary,” Dr. Jeff Shuren, director of the FDA’s Center for Devices and Radiological Health, said at the time.

While recent actions to better reprocessing have “yielded improvements,” he noted, “we also received reports of three deaths of U.S. patients in 2018 that were related to infections associated with duodenoscopes. That’s three deaths too many.”

And in late August the agency issued an advisory pushing for the use of newer duodenoscopes with disposable endcaps and “with innovative device designs that make reprocessing easier, more effective, or unnecessary.”

“We recognize that a full transition away from conventional duodenoscopes to innovative models will take time, and immediate transition is not possible for all healthcare facilities due to cost and market availability,” Shuren said in a statement last week.