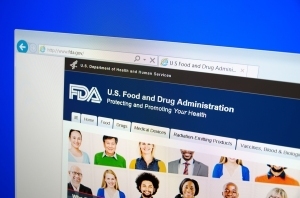 New information from postmarket studies on contamination rates after cleaning and reprocessing of Olympus, Fujifilm and Pentax duodenoscopes have revealed that “up to 5.4 percent of all properly collected samples tested positive for 'high concern' organisms, which is significantly higher than the earlier results,” according to a statement by Dr. Jeff Shuren, director of the FDA's Center for Devices and Radiological Health.

In December, the agency reported a 3 percent contamination rate for “high concern” organisms, such as E. coli or Staphylococcus aureus.

“We’re continuing to evaluate the benefit-risk profile of these devices, and we’d like to see strong evidence that proper cleaning and reprocessing can virtually eliminate any bacteria residue that can spread infections. Currently, that evidence is lacking, and we’re considering what additional regulatory actions may be necessary,” he said.

While recent actions to better reprocessing have “yielded improvements,” he noted, “we also received reports of three deaths of U.S. patients in 2018 that were related to infections associated with duodenoscopes. That’s three deaths too many.”

Beyond that, as many as 3.6 percent of samples tested positive for low to moderate concern organisms. “While these organisms don’t usually lead to dangerous infections, they are indicative of a reprocessing failure,” the FDA noted, adding that when the sampling studies were first launched the agency “expected to see a total contamination rate for any type of organism of less than 1 percent or as close to zero as possible for duodenoscopes.”

Shuren emphasized the importance of the latest findings, stressing, “let me be clear, the percent of contaminated samples based on these interim results shows that improvements are necessary and we are committed to taking additional steps to reduce infections and contamination even further.”

The agency is now “exploring” new contamination-cutting measures. To that end it has consulted with the CDC and other federal agencies “to obtain their input and guidance on the issue of infection control and reprocessing of these difficult to clean scopes.”

The issue will be discussed next month at the Healthcare Infection Control Practices Advisory Committee (HICPAC) meeting “to seek input on improving the safety of reprocessed devices.”

Under consideration are “additional recommendations,” to improve cleaning and disinfection of the devices to under the 1 percent target, including sterilization on top of cleaning. This step, the statement added, “will take careful consideration because we know some sterilization methods could damage the duodenoscope over time and lead to a shorter lifespan for the expensive device,” Shuren added. Such steps will await completion of the manufacturers’ post-market surveillance studies.
1(current)
2