iRhythm Technologies teams with Verily for early detection of AFib 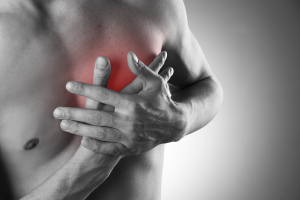 "When you think about the opportunity iRhythm and Verily are trying to tackle, it's very much about today's more than 10 million Americans unknowingly living at risk for AFib. These patients need an end-to-end solution that is incorporated into physician workflows and patient care pathways," iRhythm COO Karim Karti told HCB News. "The solutions iRhythm develops with Verily will be medical grade and will help accurately screen, diagnose and ultimately manage patients at high risk for AFib (which can lead to serious complications, including stroke)."

Individuals at high risk for experiencing AFib are at a fivefold increase risk for experiencing a stroke compared to non-AFib individuals. Such strokes are severe and associated with higher mortality rates. But an estimated one-third of AFib patients are unaware they have it, with approximately 20 percent not diagnosed until they experience a stroke or shortly afterwards. In addition, certain risk factors such as high blood pressure, diabetes and sleep apnea, increase a person's chances of developing the condition.

iRhythm and Verily will work to address this by developing solutions capable of providing earlier warnings by identifying and managing patients who would otherwise go undiagnosed until suffering a cardiac event.

The basis for the partnership is the findings of the first phase of the mSToPS study, which found that patients diagnosed with AFib in iRhythm’s Zio service-monitored group had lower rates of hospitalization and ER visits than the non-monitored control group.

As part of the agreement, iRhythm will pay an upfront sum of $5 million to Verily, with potential further payments of up to $12.75 million made for the achievement of various development and regulatory milestones.

"More than 750,000 hospitalizations occur each year because of AFib, costing the United States about $6 billion each year. The condition contributes to an estimated 130,000 deaths each year -- a number that has been rising for two decades and will continue to escalate," said Karti. "iRhythm and Verily's resulting solution will leverage data to target at risk populations and proactively diagnose symptoms to prevent strokes and other conditions."

The findings of the mSToPS study were presented in May at the annual meeting of the American College of Cardiology, and published in JAMA.