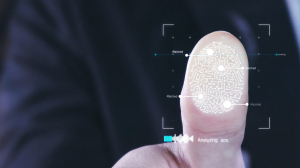 The FRP 'fingerprint' can identify if a patient
is at high risk for a heart attack years
in advance
A single fingerprint may be all that is needed in the near future to determine a person’s risk of incurring a fatal heart attack.

Researchers at the University of Oxford have developed a new biomarker, known as the fat radiomic profile (FRP), which applies machine learning to identify if a person is at high risk for an attack at least five years before it occurs.

"Just because someone's scan of their coronary artery shows there's no narrowing, that does not mean they are safe from a heart attack,” said Charalambos Antoniades, professor of cardiovascular medicine and BHF senior clinical fellow at the University of Oxford, in a statement. “By harnessing the power of AI, we've developed a fingerprint to find 'bad' characteristics around people's arteries. This has huge potential to detect the early signs of disease, and to be able to take all preventative steps before a heart attack strikes, ultimately saving lives.”

A heart attack patient is admitted to a U.K. hospital every five minutes. Traditional assessments for predicting these attacks call for a coronary CT angiogram to check for narrowed or blocked segments within the coronary arteries. Though about 75 percent of scans show no significant narrowing, patients can still incur heart attacks at some point, with no existing methods available to detect all underlying red flags of these future events.

FRP identifies biological warning signs within the perivascular lining blood vessels which supply blood to the heart, assessing inflammation, scarring and changes to the vessels as these factors are all indicators of future heart attacks.

Antoniades and his team based the technology on the fat biopsies of 167 individuals who underwent cardiac surgery. The researchers analyzed the expression of genes associated with inflammation, scarring and new blood vessel formation, and matched them with CCTA scans to determine which factors best showed changes to the fat surrounding the heart vessels, known as perivascular fat.

They then selected from a pool of 5,487 patients the CCTA scans of 101 people who suffered a heart attack or cardiovascular death within five years of having a CCTA. The scans were compared with matched controls who did not suffer an attack or death, to understand the changes in the perivascular space that indicate a person’s risk for a heart attack. Machine learning was applied to develop the FRP fingerprint for determining the level of risk, with the addition of more heart scans increasing the accuracy of the predictions.

Utilizing their solution on 1,575 people in the SCOT-HEART trial revealed, the team reported, FRP to be strong in its prediction of heart attacks, outweighing the outcomes produced with any of the tools currently used in clinical practice.

“Such AI-based technology to predict an impending heart attack with greater precision could represent a big step forward in personalized care for people with suspected coronary artery disease," said professor Metin Avkiran, associate medical director at the British Heart Foundation, in a statement.

The research was funded by the National Institute for Health Research

The findings were presented at the European Society of Cardiology Congress this month in Paris and published in the European Heart Journal.

A dose of prevention for reducing radiation exposure