Global trade matters to healthcare and to you 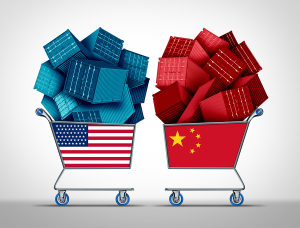 I think all of us remember the global financial crisis of 2008 and the terrible impact it had on the world economy, including the economy of the United States. It was the worst financial crisis since the Great Depression.

Before the US-China trade war the economy was booming. Not so much now. The trade war, together with Brexit, has created uncertainty in the global markets and a slowdown in manufacturing. This leads to less spending. Less spending by corporations results in lower earnings and less consumer spending.

World investors are worried and are investing more in in the safety of the U.S. bond market. This results in a stronger dollar and makes our goods more expensive abroad. President Trump wants the Fed to lower the prime rate to reverse this trend. Jay Powell, the Fed Chairman, has implied that the crisis is caused by the trade war (tariffs) and that Mr. Trump has the power to reverse this trend himself.

All these problems have had an impact on the price of oil as well, and there is a school of thought that big oil props up many fringe economies. Don’t forget that Germany is suffering because the Chinese are buying less manufacturing equipment from them.

And let's not forget the impact that tariffs have on U.S. Farmers.

Bottom line for me... End the trade war while we still have time, it will hurt everybody — including healthcare.