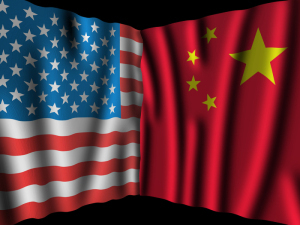 The other day I was speaking with the CEO of a company that manufactures a replacement part for diagnostic imaging equipment.

Now things cost them more when they manufacture in the U.S. and sell replacement parts in China and there are tariffs in that direction as well.

It's interesting to note that a lot of the high-end diagnostic imaging units that are sold in the United States and Western Europe are manufactured in China. No doubt tariffs will have an impact on the cost of healthcare.

Presidents Reagan and George H.W. Bush were both free trade advocates. They were in favor of NAFTA and GATT and supported the WTO.

I can't help thinking that when we walked away from the Transpacific Partnership that we gave up some leverage we might have had over China. I wish we had not walked away from NAFTA or the TPP.