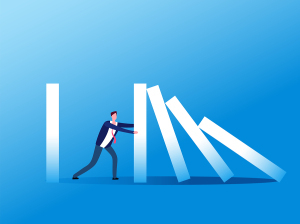 Healthcare facilities using medical radiation equipment must comply with regulations designed to protect human health and safety; noncompliance could put that health and safety in danger. The price of that endangerment, however, extends well beyond the immediate costs of regulatory penalties or legal fees tallied in the wake of a compliance breach or, in some cases, actual injury.

This column acknowledges those immediate costs but also explores less obvious costs such as those associated with restoring public reputation and professional standing when a facility is found to be out of compliance. While the time and effort to be in compliance may seem outsized compared to the likelihood of actually harming a patient, the gravity of such a catastrophe means that facilities must act as if that likelihood were high. Understanding the hidden costs of noncompliance helps reinforce the wisdom of that risk calculus.

Direct costs: Loss of accreditation status
In healthcare, the ability to be paid for services performed depends largely on accreditation status. Without earning accreditation from the Joint Commission, the Centers for Medicare and Medicaid Services (CMS), and even the American College of Radiology, healthcare facilities stand to lose the bulk of their revenue. And while the chance is low that a CMS audit will jeopardize those payments, it still exists — and there are recent headlines to prove it.

Losing the ability to perform services, or to be paid for them, is a massive, direct, and easily quantifiable loss associated with noncompliance: just calculate what you made from CMS last year and subtract it from this year on a week-to-week basis until the sanction is lifted. The other direct costs would be those quantified retrospectively, after a lack of compliance leads to the injury of a patient or member of the staff. In that case, costs would include any immediate legal liability as well as the resulting increase to insurance costs.

Hidden cost 1: Loss of patient volume
For hospitals and others offering diagnostic and therapeutic services, the costs of noncompliance extend well beyond clear categories like penalties and liability in the event that a patient is injured or a set of violations goes public. A far more likely cost is the palpable but hard-to-quantify damage to an institution’s reputation. This ramifies most direly in terms of a loss of patient volume.

Patients come to the hospital via a number of paths, all of which are likely to be negatively affected by incidences of non-compliance. First, physicians could hear about a facility’s breach and choose to refer patients elsewhere; after all, referrals put their reputations on the line, too. Second, patients could refuse to be referred to a place they had read about as violating safety regulations. Third, patients are increasingly seeking out facilities on their own, and a negative headline or notice could push them on to the next listing in their Google or Yelp search. Noncompliance creates this type of potential, where a publicized injury to staff or patients would likely multiply the negative response.
1(current)
2
3

A dose of prevention for reducing radiation exposure