The early days of medical X-ray 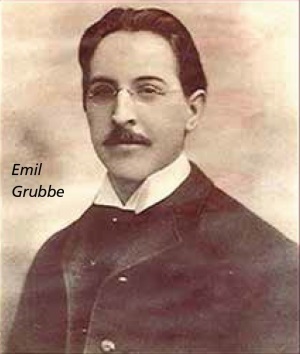 What can be said about the discovery of X-rays that hasn’t been said hundreds of times before? Roentgen has a society named for him. His wife can lay claim to one of the most quotable statements regarding a scientific discovery. Even at the time of the discovery, it was recognized as revolutionary (or at least incredibly intriguing) with newspapers far and wide covering the story and many even dedicating space to including detailed sketches of Roentgen’s device, which allowed other scientists and tinkerers to create their own machines.

So that’s all well and good, but one subject that hasn’t received quite as much attention is the emergence of X-ray as a medical application. On November 24, 1896, a mere year after Roentgen’s amazing discovery with the uninspired name, Dr. Leopold Freund introduced ionizing radiation to the world of therapeutic medicine. The treatment, which was performed in Vienna, is the earliest-known successful use of radiotherapy. It was conducted on a five-year-old girl who suffered from hairy moles which covered her entire back.

There are records of radiation therapy being tried prior to Freund’s attempts, but the procedures didn’t prove effective, often being one-and-done attempts. Freud’s approach differed in that the treatment on November 24 would be the first of many. Freund would expose the girl to X-ray radiation for two hours per day over the course of 16 days. By day 12, the hair of the treated moles began falling out, but by then, the girl was suffering some ill effects from the radiation, with her back showing signs of radiation burns. Based on the experience, Freund would limit future treatments to 10 minute exposures.

Freund published a book based on his work and was celebrated for his medical contributions. In fact, he was nominated for the Nobel Prize . . . which he didn’t win.

Meanwhile, that same year, chemist Emil Grubbe, was busy back in the States. Grubbe was investigating the use of X-rays to treat cancer. Grubbe had created a device by referencing the sketches in newspaper articles about Roentgen’s discovery. He carried out his research in Chicago on a patient, 55-year-old Rose Lee, who was diagnosed with inoperable breast cancer. But his first “patient” was actually Grubbe himself. He took X-rays of his hand every day over the course of two weeks. The exposure caused severe burns. He checked in with medical professionals and one commented that anything able to do damage of that extent to healthy tissue might be turned to a good use to treat unhealthy tissue.
1(current)
2