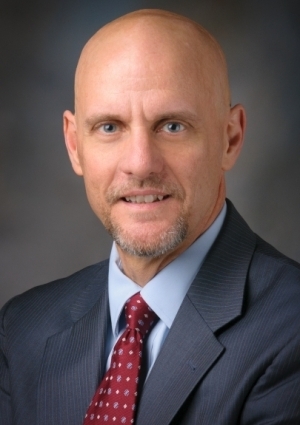 The president announced his intention on Friday, with approval required by the Senate. If successful, the board certified medical and radiation oncologist would take over the position held by Scott Gottlieb, who resigned in March after serving as head of the federal agency for nearly two years.

"I have known Dr. Hahn for many years and have served with him in numerous capacities. He possesses the qualities needed to successfully lead the FDA ... intelligence, medical and scientific expertise, an engaging style and a clear sense of how to get to the right answer, particularly in complicated situations,” said Dr. Theodore L. DeWeese, chair of the ASTRO board of directors — of which Hahn was a member from 2014 to 2018 — in a statement.

The chief medical executive at the University of Texas MD Anderson Cancer Center in Houston, Hahn has held a variety of leadership roles, including one as commander in the U.S. Public Health Service, a division of the Department of Health and Human Services, and another as a senior investigator at the National Cancer Institute from 1989 to 1996. He is currently the Gilbert H. Fletcher Memorial Distinguished Chair and professor of Radiation Oncology at MDACC — a position he has held since January 2015 — and was previously the Henry K. Pancoast Professor and Chair of the Department of Radiation Oncology from 2005-2014 at the University of Pennsylvania, according to the White House.

Graduating in 1980 with a degree in biology from Rice University, Hahn attended medical school at Temple University in Philadelphia, from which he graduated in 1984. He then completed his residency in radiation oncology at NCI, along with a fellowship there in medical oncology, before embarking on another residency in internal medicine at the University of California, San Francisco Hospitals.

He has developed multiple medical solutions, providing him knowledge of the drug, biologic and device development pipeline, and earned international recognition for his work in treating lung cancer.

“We congratulate Dr. Hahn on his nomination to lead FDA, and we hope the Senate moves swiftly to confirm him,” president and CEO Scott Whitaker of the Advanced Medical Technology Association (AdvaMed) said in a statement. “Dr. Hahn’s distinguished career as a health care provider and researcher gives him a unique perspective on the importance of patient access to the latest medical advances. His extensive management experience and evidence-based approach to addressing the significant health care challenges we face today will serve him well in his new post.”
1(current)
2