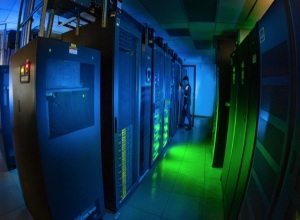 BODE 2
The U.S. Department of Health and Human Services has awarded a $2 million grant to Mount Sinai Health System for the building of a second "big omics data engine" (BODE 2) supercomputer.

The engine will enable the New York-based healthcare practice to address scientific inquiries more quickly in a variety of healthcare arenas, including medical imaging, genomics, clinical data, and molecular, behavioral and environmental areas of study.

"With access to BODE 2, with more and faster compute and storage, researchers will be able to take advantage of the ability to receive results faster for overall greater scientific throughput; the ability to increase the fidelity of their simulations and analyses; and the ability to migrate research applications seamlessly to a familiar software environment with more capability," Patricia Kovatch, senior associate dean for scientific computing and data science, told HCB News.

BODE 2 is expected to enable greater analysis in genetics and population health, gene expression, machine learning, and structural and chemical biology investigations for insights on conditions such as Alzheimer's, autism, influenza, prostate cancer, schizophrenia, and substance use disorders.

It is the successor to BODE, a previous supercomputer launched in 2013 that is used by 61 basic and translational researchers at Mount Sinai, and collaborators at 75 external institutions. Researchers applied Bode to 67 projects that accumulated more than $100 million in NIH funding. Though effective in its work, expansion of the Mount Sinai faculty and research initiatives require a new system that can offer greater storage space and computational throughput, according to hospital leadership.

A Lenovo ThinkSystem SR360, BODE 2 is made up of 3,840 Intel Cascade Lake cores, with 15 terabytes of memory, 14 petabytes of raw storage, and 11 petabytes of usable storage. It is expected to produce 28 million core compute hours per year at a frequency of 2.6 GHz, and has a peak speed of 220 teraflops per second which approximately doubles that of BODE.

It will also enable application of translational bioinformatics research and data-driven medicine, with its use already planned for upcoming projects. One is focused on SPl1-Dependent Alzheimer Disease Risk, with BODE 2 providing necessary storage for whole-genome-sequencing data sets from more than 10,000 study subjects and processing power of approximately 12 million compute hours for analyzing data using machine learning techniques to enhance treatments and explore new therapies.
1(current)
2