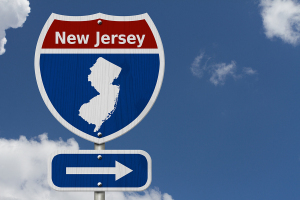 On November 13th I attended the Healthcare Materials Management Society of New Jersey meeting at the Holiday Inn in Clark, New Jersey.

It was interesting to see the reaction in the room when the speaker asked how many had ever found recurring payments on services no longer being rendered.

She suggested periodically checking the market to determine if pricing has changed. She told a story about a firm that absolutely refused to offer a discount until they were in a competitive situation, and then were happy to offer a discount.

In many ways, these are things that we all know but may be too busy to follow up on.

The group was really very cordial. There were a lot of regulars in the room and it seemed as though it was a great chance for friends to catch up.

Steve Faup is the president of the Association and he is clearly well thought of by the group. When he spoke everyone listened attentively. I did not have the chance to say hello to him at this event but I've met him before and he's a real nice guy.

He reminded everyone about the Toys for Tots initiative that their organization has going on, and you could tell that the room was full of caring people.

There was a dinner, but unfortunately, I could not stick around because I had a family commitment.

I joined the Association as a corporate member on behalf of DOTmed and I'm looking forward to attending future meetings, although I'm probably going to be in trouble because I left with my badge. A lady in charge told me to return it when I left so I will be in the doghouse next time I attend.

By the way, I was invited by Chris Voorhees, who really has to be one of the nicest people I've met in some time. She is a VIP but so down to earth and friendly.