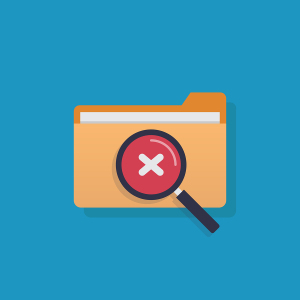 Walter Reed National Military Medical Center pointed to faulty processes, oversights by physicians, technical difficulties and the overwork of a radiologist as reasons for why 1,300 cone beam CT scans at the Navy’s postgraduate dental school remained unread between 2011 and 2016, along with a second backlog of 500 more discovered in 2018.

An internal investigation found at least one documented case of delay in treatment as a result of the missed scans, with one physician fearing that hundreds more may be at risk as a result.

"The investigation determined that the CBCT backlog did not result in adverse outcomes for patients and made several recommendations to improve procedures," Ed Gulick, spokesman for Navy Medicine, told the Wall Street Journal. "The backlog of CBCT scans has been cleared, and the investigation's recommendations are currently being implemented by the Naval Postgraduate Dental School."

The scans depicted the faces and jaws of patients, with the first 1,300 found by Dr. Laura Ike, a former Navy oral pathologist, in 2016. Ike came across the scans while searching for the results of a patient’s CBCT scan. When told that a “computer glitch” might be the reason why she could not find the scan, she searched in the broader system, where she came across the unread images.

"I kept getting biopsies on patients who had had CT scans but there was no radiology report," Dr. Ike, who left the Navy this year to work in private practice, told WSJ. "Some biopsies were done that might not have been done had there been a scan provided."

Upon reporting the matter, Ike was berated by her superiors for viewing data of patients not under her care, she said. An internal probe uncovered a number of problems behind the backlog, including one pertaining to a radiologist who worked from home for months at one point while undergoing treatment for cancer. Technical difficulties and “severe malaise” prevented the individual, whose name was redacted from the report, from keeping up with the workload. Other radiologists faced challenges in gaining credentials and computer resources to read the scans.

CBCT scans enable clinicians to view 3D images of a tooth’s roots in a complex root canal, as well as assess lesions or potential tumors in the jaw to determine if biopsies or further treatments are necessary. Dentists or physicians often review these scans, which require no further readings in civilian settings. Military regulations, however, require that any administered by the navy be read by a radiologist, according to Gulick.
1(current)
2