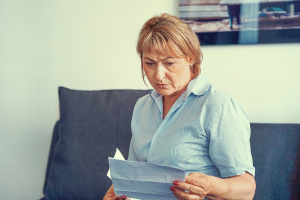 Researchers at Boston University School of Medicine found no difference among women in the understanding that dense breast tissue signifies a slightly increased risk of developing breast cancer. They also found it made no difference in the proportion of women who have discussed breast density with their physicians.

"This suggests that DBNs are not achieving their desired effects, which is contrary to their goal," said corresponding author Dr. Nancy Kressin, professor of medicine at BUSM, in a statement.

Dense breast tissue masks the presence of tumors during mammogram scans and raises a woman's risk of developing breast cancer in her lifetime. As a result, doctors recommend that women with dense breast tissue consult their primary care physicians about supplemental testing, such as breast ultrasound or breast MR. Some, however, are hesitant to relay breast density status and the risks that come with it to patients out of fear of increasing their anxiety. Not all state laws mandate that physicians notify their patients, and those that do vary in the depth of information they are required to relay.

The timing of the study, however, comes as the FDA works to develop standardized language for a federal, nationwide notification, a decision that was passed into law earlier this year. Information in that notification will include:

• The effect of breast density in masking the presence of breast cancer on a mammogram
• The qualitative assessment of [breast density by] the provider who interprets the mammogram
• A reminder to patients that individuals with dense breast tissue should talk with their providers if they have any questions or concerns about their summary.

Prior findings out of BUSM have shown that many states with DBNs write them up at a literacy level higher than that of the women who might receive them. The authors of the current study also found that white women with higher incomes were more knowledgeable than black women, who experienced greater anxiety and confusion from the notifications, according to the study.

"This is particularly concerning, given black women's greater mortality from breast cancer," said Kressin, who hopes that the research will influence the FDA to ensure wording within federal notifications regarding breast density is clear and understandable to all women, so that desired outcomes can be reached without patients suffering unintentional harm.
1(current)
2