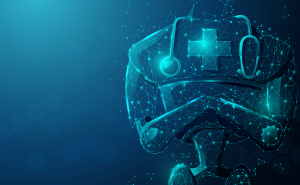 The downtown campus of the University of Maryland Medical System alone has close to 30,000 pieces of medical equipment. With those types of numbers, ill-advised purchasing and servicing decisions can quickly become major financial missteps. That’s why Sean Connolly, imaging services manager, is committed to finding ways to streamline preventative maintenance to make it more predictable and efficient.

Alternative equipment maintenance (AEM) programs have emerged as a promising method for reducing equipment service expenses, maximizing equipment uptime and creating a more efficient HTM program in general. Once validated, an AEM program can work outside of suggested manufacturer maintenance recommendations in a safe, effective way. It doesn't take a lot of imagination to see how AI could bring those programs to the next level.

By allowing some smart automation, the efficacy of the AEM programs can ramp up, further reducing downtime and costs. But there’s some translating that needs to be done in order for HTM to hit that point. A Columbus, Ohio-based company called Mass Technologies is busy zeroing in on equipment that can safely be purchased in higher quantities without having to worry about all the eggs going into one basket, which is a benefit. “We’re looking at standardizing technologies,” says Elizer Kotapuri, the company's chief clinical technology officer. “If I have one car and the service training costs so much, the question becomes ‘is there a cost benefit in investment to support one piece of equipment?’ However, if we have 20 cars, same make and model, it’s an economy of scale. You standardize on technology because there is cost efficiency.” 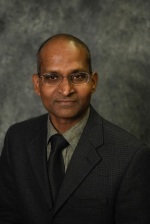 Eliezer Kotapuri
That economy of scale also means AI will be working with a more robust data set. Pulling information from 10,000 items and plugging in their maintenance details will weed out anomalies where devices far outlast their suggested maintenance, or break down earlier than they’re supposed to. But getting back to Kotapuri’s point, the economy of scale is only effective if the data is standardized. Taking three devices of the same make and model and entering the first as a “sports car” the second as a “red car” and the third as “standard transmission” muddies the data until either someone manually corrects or the AI evolves enough to do it on its own.
1(current)
2