'Medicare for All' versus pre⁠existing conditions 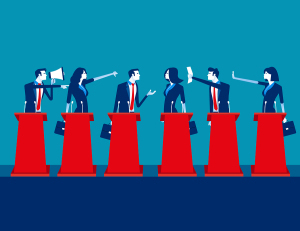 It is interesting to me that when I watch Michael Bloomberg on television, he seems to be the only candidate focusing on preexisting conditions.

It seems to me that while different Democrats are arguing with each other, Bloomberg is focusing on attacking those who would like to repeal the Affordable Care Act.

Michael Bloomberg was New York City's Mayor. I met him once at a hospital and he impressed me as a thoughtful person.

If no candidate gets half the votes at the convention, then superdelegates play a role and you have a series of votes to elect one candidate from the many.

I am not sure if this is what will happen or if it does, if it will benefit Bloomberg, but I do know that he spent something like a hundred million dollars in television advertising.

As for my original question, I am not in favor of Medicare for All because I don't completely trust the government to do anything right.