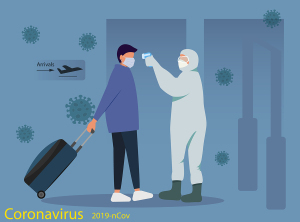 As the coronavirus continues to spread — having infected over 10,000 and killed over 200 worldwide — the World Health Organization has called it a global health emergency, airlines plan to suspend U.S.-China flights and the market has dropped on fears of its economic impact.

To help fight the spread, Siemens Healthineers has sent two ultrasound machines and a CT scanner to the Chinese city of Wuhan, the epicenter of a rapidly-spreading virus epidemic, according to Reuters.

In addition, China is rushing to build two hospitals due to open next week to handle additional patients, according to Business Insider.

On Friday, the CDC confirmed its seventh U.S. case, it said in a statement. It is also awaiting results on over 120 others whose investigations are pending.

Also on Friday, Health and Human Services Secretary Alex Azar announced at a White House briefing that, starting Sunday, “U.S. citizens who have been in China's Hubei province during the past 14 days and are returning to the U.S. States will undergo health screenings and be monitored during mandatory quarantines of up to 14 days,” according to USA Today.

“Over the past few weeks we have witnessed the emergence of a previously unknown pathogen that has escalated into an unprecedented outbreak,” WHO Director-General Tedros Adhanom Ghebreyesus said during a news conference at the organization’s Geneva headquarters on Thursday, according to Yahoo News. “We must act together now to limit the spread.”

The WHO declaration comes as cases have now cropped up globally, including in the U.S., U.K. and Russia, and “in at least 18 other countries, surpassing the epidemic of Sars — severe acute respiratory syndrome — in 2003,” according to the BBC.

A human-to-human transmission case in the U.S. was confirmed Friday by CDC, when they revealed that a Chicago woman had spread the virus to her husband. She had been in Wuhan, while he had not made the trip with her, according to WGN in Chicago.
1(current)
2