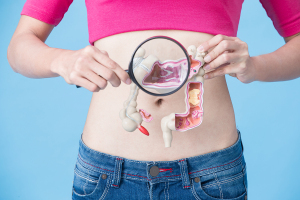 A new study that shows an increase in colorectal cancer among 49 to 50-year-olds supports decreasing the age for colorectal screening to earlier than 50
An increase of more than 40 percent of new diagnoses for colorectal cancer has been found among patients between 49 and 50 years old in a year-by-year age analysis that alleges such evidence points to the need to reduce the age for routine screening to earlier than 50.

The report found a 46 percent increase in diagnoses, with 93 percent of cases discovered at age 50 to be invasive and in need of more aggressive treatments such as surgery. It indicates that these types of cancers probably develop in earlier years and remain undiagnosed due to routine screening not recommended until the age of 50.

The second leading cause of death from cancer in the U.S., the rate of colorectal cancer is on the rise and has raised discussions about possibly reducing the age for recommended screening. The American Cancer Society proposed decreasing it in 2018 to age 45, and recently released the findings of its own study, which found that colorectal cancer screening rates more than doubled among people under the age of 50 after the release of its updated guidelines that recommended screening for particular age groups.

The U.S. Preventive Services Task Force currently recommends that average risk screening start at 50, but is studying the issue to determine if changes will improve outcomes. Those opposed to decreasing screenings to age 45 assert that incidence rates among those between 45 and 49 are considered relatively low compared to those of individuals between 50 and 54. The authors, however, believe that risks for those in their mid-to-late 40s are underestimated, claiming that incident data for those age ranges would likely only be seen if individuals exhibited symptoms or carried a family history of cancer, compared to patients 50 and over whose cancers are also detected due to screening.

Karlitz and his colleagues studied colorectal cancer incidence rates in one-year increments between ages 30 and 60 from 2000 to 2015. They suspected that if there were many asymptomatic cases undetected, there would be a marked increase in cases among those aged between 49 and 50 when screening commenced. Cancer rates increased from 34.9 diagnoses per 100,000 people at age 49, to 51 cases per 100,000 at age 50, with a 52.9 percent rise recorded in men and a 39.1 percent increase observed in women. Researchers also observed changes based on race, with 46.2 percent more white people and 47.3 percent more black people diagnosed. Such increases were not observed in prior studies, which only analyzed age group ranges, according to the authors.
1(current)
2