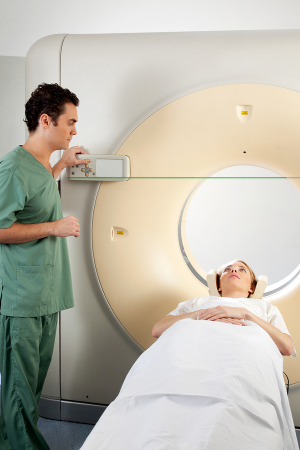 CT scan volume rose by three percent in 2019
More than 90 million CT scans were performed throughout the U.S. in 2019, according to the 2019 CT Market Outlook Report, a study published by IMV Medical Information Division.

The estimated total of 91.4 million is a 3% rise from the 88.7 million recorded in 2018, and reflects volume increases indicated by respondents.

“The number of reported pelvis and abdomen procedures from 2011 to 2019 appears to have declined, but that may be due in part to the CMS policy, which bundled these procedures for reimbursement purposes,” Lorna Young, senior director of market research at IMV Medical Information Division, part of Science and Medicine Group, told HCB News. “Otherwise, we see procedure increases in most of the CT procedure types since 2011, including brain, CT Angiography (CTA), head and neck, spine, guided procedures, and low-dose CT used for lung screening.”

Among respondents, 79% of CT sites said their patient volume in 2019 for the modality was higher than their 2018 volume, a 12-point increase from the 67% in 2016 that indicated increases in patient volume.

The increase follows a slowdown in procedure volume between 2011 and 2018. Prior to that, CT procedures rose by 12% in average annual growth between 2001 and 2011, reaching 85.3 million in 2011. Growth declined from this peak by 5% to 80.6 million in 2012, with the study attributing the slowdown partially to changes in CMS reimbursement policy that involved bundling certain procedures together, such as abdomen and pelvis.

It also named “appropriate use” criteria for ordering CT procedures as another probable reason. In addition, CMS further leveraged “Appropriate Use” criteria by mandating under the Protecting Access to Medicare Act of 2014 that physicians use a clinical decision support system to order imaging studies to ensure imaging resources were used appropriately and to minimize overutilization.

The rise in CT procedures can especially be seen in emergency medicine, due to about half of CT scans being performed on an emergency basis. An additional 30% are performed on outpatients, according to the study.

While necessary at times, the increased load has led to unscheduled scans interfering with routine workflows, and made improving workflow and productivity high priorities among CT departments. Many are also seeking greater management of increased CT volume and to improve staff satisfaction. Some hospitals with more than 400 beds have addressed these challenges by placing CT scanners directly in or near EDs, in addition to those installed in their main radiology departments. More than half of these providers have at least one of their CT scanners in their ED, report the researchers.
1(current)
2