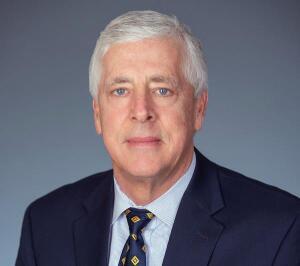 Young, a veteran hospital administrator who has served as CEO of TUH since 2019, will focus on continuing the positive momentum to solidify TUHS’s stability and competitiveness that follows the successful restructuring of the Health System undertaken beginning in 2018. He will succeed Acting Health System CEO Stuart McLean, who returns to his role as the Health System’s Chief Restructuring Officer. To date, the restructuring has included overseeing the transition of the University’s physician practice plan to a non-profit entity within TUHS; merging Jeanes Hospital into Temple University Hospital; and reaching agreement with Thomas Jefferson University for the sale of Fox Chase Cancer Center and the Health System’s interest in Health Partners Plans.

“Michael Young is a highly skilled and experienced administrator who has done an outstanding job at Temple Hospital and deserves the opportunity to lead the entire Health System,” said President Englert. “The restructuring has brought financial stability and the opportunity for TUHS to make additional capital investments to improve our facilities and the outcomes for our patients.”

Young is a seasoned health care CEO with more than 30 years of leadership experience at large academic medical centers including the Pinnacle Health System in Harrisburg; Grady Memorial Hospital in Atlanta; Erie County Medical Center in Buffalo; and Lancaster General Hospital & Health System. He arrived at Temple in 2018 as Chief Operating Officer of TUH, and last year was appointed CEO of the Hospital. He holds board certification in healthcare management as a Fellow of the American College of Healthcare Executives (FACHE), and he holds a Master’s Degree in Health Administration, as well as a Bachelor’s Degree in Biology from the University of Pittsburgh.

“I believe that Michael is the right person to continue the positive momentum for the Health System’s future, and I look forward to working with him in serving Temple’s unique health care mission in North Philadelphia.

“I also want to publicly thank Stu McLean for the outstanding work that he has done in leading the restructuring effort, and I am pleased that the University and the Health System will continue to have the benefit of his leadership as CRO,” Englert said.