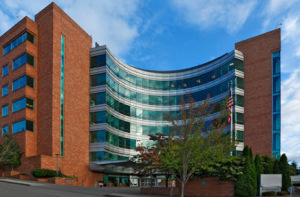 The complexity of daily management systems (DMS) can vary greatly. To be effective, it’s necessary that they meet the needs of staff rather than just creating more process to already cluttered schedules. Bonnie Thurston, clinical operations manager for medical and breast imaging at Seattle Cancer Care Alliance was part of the team that implemented a DMS a little over two years ago.

According to Thurston, the technical explanation of a DMS is that it’s a set of procedures and components usually applied to a geographical area that provides structure and reinforces the process. It involves metrics, but is more than just metrics. The metrics provide focus on the key deliverables and goals.

In more relatable terms, she says “it bridges that gap between what the manager thinks is going on and what is actually going on. It allows you to have more standards in place to know when to escalate something and be able to do it quickly.”

That bridge will only stay in good repair if there’s accountability and someone in charge. For this, Thurston says it’s very much a team effort. “I’ve heard of places where it’s just one person, but the feedback is that it’s very overwhelming.”

Instead, SCCA has a diverse team that includes medical directors and managers as well as supervisor-level staff. Each week, a member of the group is assigned to run the daily management system huddle. Based on the huddle feedback, discussions and decisions, an email goes out to SCCA’s referring clinics giving them access updates. The person heading the DMS for the week also attends the daily operations safety huddles, where each department rolls out any information regarding high-level safety and staffing issues. “That takes approximately 40 minutes the days you’re running it, but we have a team of eight or nine, so you only have to do it once every two months,” Thurston explains. The schedule is made well in advance so each DMS team member knows when their shift will take place and will keep their calendar open accordingly.

The DMS covers major problems, but it also addresses smaller problems before they grow. An escalation system is in place for high-level issues like an imaging modality being down, so staff knows scheduling needs to be shuffled, but supportive equipment that could disrupt workflow is also on the radar. “Maybe you have to put a barcode on a tube from a blood collection, but the label printer is down. That causes problems. It’s a little thing, but management should know in order to get it fixed in a timely manner. The DMS process brings them up quickly,” Thurston says.
1(current)
2