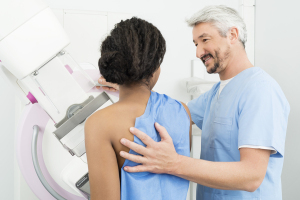 Researchers at the Ivy league college, along with experts at the University of Oslo and New York University found variations in screening costs among different states, ranging from as low as $151 in some regions to $751 in others. The findings could potentially help make cost more relevant in decisions on whether to undergo screening before, or delay screening until at least the age of 50.

“This has been seen in other areas of healthcare as well,” senior author Dr. Cary Gross, professor of medicine and director of the Cancer Outcomes (COPPER) Center at Yale, told HCB News. “Providers simply command larger fees in some areas than in others, even for the same services. Another factor that can lead to differences in costs is that in some areas, 3D mammograms are more common (and these are more expensive) while in other areas, the traditional 2D mammograms are more common.”

The most common type of cancer affecting U.S. women, breast cancer, is the fourth leading cause of cancer-related deaths in the country. Most guidelines recommend that average-risk women undergo mammography screenings between ages 50 and 74. While many experts debate the benefits and risks of screening women under 50, few studies on the matter have incorporated associated costs as a factor.

The team decided to address lack of cost assessment in such decisions through a trial using records from more than two million women between 40 and 49. Records were pulled from the Blue Cross Blue Shields Axis, a commercial claims database accessed via a secure portal.

Of women in their 40s, 41.2% underwent standard mammography screenings, while 24.1% opted for 2D mammography and 17.2% chose DBT. The mean costs of breast cancer screening was $353 per beneficiary, with total costs depending on region ranging from $151 to $751. The most expensive took place in areas of California, New York, Alaska, Wisconsin, and Michigan. The lowest were in regions of Alabama and Arkansas.

The aim of the study, according to Gross, is to help produce accurate insight that will enable providers to make more informed decisions around breast cancer screening, as well as open up more opportunities for research on the subject. He adds that one way of ensuring patients have access to affordable screening is to communicate with mammography practices about where they prescribe screening, and what the costs would be, should additional testing be required.

Data for this project was supplied through a collaboration between Yale University and Blue Cross Blue Shield Association (BCBSA). The study was funded by a grant from the American Cancer Society.