Ventec and GM to produce ventilators amid Trump criticism 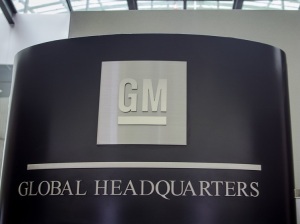 "This unique partnership combines Ventec's respiratory care expertise with GM's manufacturing might to produce sophisticated and high-quality critical care ventilators," said Chris Kiple, CEO of Ventec Life Systems, in a statement. "This pandemic is unprecedented and so is this response, with incredible support from GM and their suppliers. Healthcare professionals on the front lines deserve the best tools to treat patients and precision critical care ventilators like VOCSN are what is necessary to save lives."

The White House originally planned to announce the deal on Wednesday, but pulled back after the Federal Emergency Management Agency questioned the worth of the $1 billion price tag. A misunderstanding also arose in how many ventilators GM could produce, with the White House originally expecting 20,000 over a three-week period, out of 80,000 in total. The 20,000 expectation was downgraded to 7,500, and then 5,000, due to a lack of commonality between automaking and ventilator manufacturing, according to The New York Times, which notes that the number is subject to change.

Trump criticized GM for the decrease in numbers and ordered it to begin production immediately. He also took aim at Ford, which recently inked separate deals with GE and 3M for ventilator and respirator production, respectively.

"General Motors MUST immediately open their stupidly abandoned Lordstown plant in Ohio, or some other plant, and START MAKING VENTILATORS, NOW!!!!!! FORD, GET GOING ON VENTILATORS, FAST!!!!!!" he tweeted. "They said they were going to give us 40,000 much needed ventilators, 'very quickly'. Now they are saying it will only be 6000, in late April, and they want top dollar."

He later said in an afternoon press conference that the country would “either make or get, in some form, over 100,000 additional units,” more than three times the nation’s annual production, reported The Times.
1(current)
2