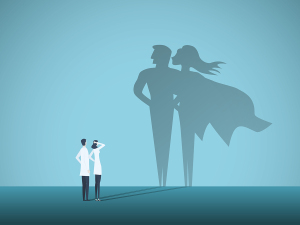 I heard on the news today that Chuck Schumer is proposing a $25,000 bonus for essential workers, such as hospital workers, grocery store clerks and pharmacists, and I couldn't agree more.

Ask yourself: How much would someone have to pay you to go to work in an environment where there is a very high probability that you're going to get sick and die? For me, it would take a lot more than $25,000.

The irony is that none of these people are going to work with the expectation of some kind of bonus. I see them as patriots in the same way that my father was a patriot in World War II. They are rushing into the field of battle, to save the rest of us. Hospital workers know the risk better than the average person and they are also exposed to more risk than the average person.

I fully support the idea of giving them all a bonus. I only suggest that if they die on the job their families should receive even greater compensation.

If you agree, write to your government representatives.