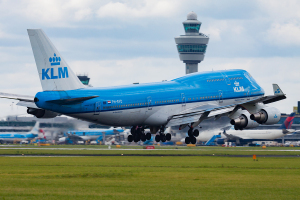 Transporters are beginning to overcome challenges created by the COVID-19 pandemic that have affected delivery of radiopharmaceuticals for necessary nuclear imaging exams.
PET, SPECT and other nuclear imaging procedures are expected to pick up over the coming weeks across the U.S. and Europe against the backdrop of the ongoing COVID-19 pandemic, according to Nuclear Medicine Europe.

The news comes as international transporters begin to overcome challenges in the shipment of radiopharmaceuticals created by the crisis, reports World Nuclear News.

"Air transportation options, including via scheduled commercial flights, have been increasing, although there are still many last-minute changes and difficulties in transporting radioisotopes to some regions," said NMEu’s Security of Supply Working Group Emergency Response Team (ERT) in a statement, adding that it had been “advised that nuclear medicine procedures are expected to increase in the coming weeks in both Europe and the U.S., and it is anticipated that there will not be a problem in meeting an increase in demand.”

Scheduled commercial flights typically transport radioisotopes and radiopharmaceuticals internationally for use in nuclear medicine exams, but have been curtailed due to the pandemic. While no specific shortages in general are expected, these logistical changes have created short-term difficulties in availability of medical radioisotopes and have raised concerns around short-lived radioisotopes.

An example of how transport of these materials is improving came last month when Dutch national carrier KLM, which has previously refused to carry Class 7 radioactive materials, agreed to resume transport of medical isotopes from Europe to the U.S. The decision was made “based on humanitarian needs and medical urgency” and a safety audit was conducted by KLM to ensure passage of such items on its aircraft was safe. Transport began on April 27.

“The transport of radioisotopes will be for a limited period of time (initially five weeks), until United Airlines or a stable alternative is up to speed,” said the Society of Nuclear Medicine and Molecular Imaging in a statement. “After five weeks, KLM will review the situation and can look at an extension if necessary.”