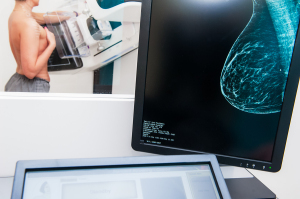 Radiologists at UPMC Magee-Womens Hospital and the University of Pittsburgh based their study on the Breast Imaging and Reporting System (BI-RADS) established by the American College of Radiology. They specifically based it on the BI-RADS 3 category, a group in which most findings are probably benign, except for a few that have less than a 2% chance of being cancer.

“The majority of cancers were diagnosed at or right after the six-month follow-up, so it actually is important to get these patients back in that six-month time frame,” said lead study author Dr. Wendie A. Berg, a breast cancer researcher at the University of Pittsburgh School of Medicine and professor of radiology at UPMC Magee-Womens Hospital, in a statement.

The BI-RADS system classifies findings based on the risk of breast cancer, with BI-RADS 2 lesions considered benign and those in BI-RADS 6 confirmed by biopsy to be malignant. The risk associated with the BI-RADS 3 category is known to make it confusing for physicians and cause anxiety in patients.

Berg and her colleagues analyzed outcomes from six-, 12-, and 24-month follow-ups of findings that were probably benign and were initially identified on recall from screening mammography in the National Mammography Database (NMD). They also evaluated results for women who were recalled from screening mammography with BI-RADS 3 assessment at additional evaluation over a period of almost 10 years. Participants in the study group had no personal history of breast cancer and underwent either a biopsy or two-year imaging follow-up.

Of the 43,628 women with a BI-RADS 3 assessment after screening mammography recall, 810 were diagnosed with cancer. Malignancy rates of this group substantially exceeded those of women downgraded to BI-RADS 1 or 2 at each follow up.

About a third developed ductal carcinoma in situ (DCIS), an early-stage, noninvasive form of breast cancer. Twelve percent of invasive cancers, however, diagnosed within six months with node staging spread to the lymph nodes.

The findings according to Bergman illustrate the need for short-interval follow-up imaging surveillance, a source of contention among breast imagers, as earlier research suggests that the rarity of malignancies among BI-RADS 3 patients means that such exams can be safely pushed back from six months to one year. A majority of that research, however, was conducted before the creation of the NMD.
1(current)
2