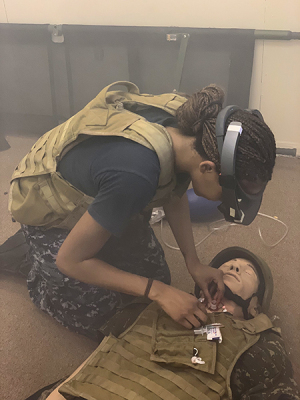 Purdue University has performed the first successful study in which medics used augmented reality technology to perform surgery in lifelike simulated war zones. (Photo courtesy of Purdue University photo/Edgar Rojas Munoz)
As augmented reality telemonitoring becomes more common in operating rooms, in which doctors communicate and perform complex procedures under the guidance of experienced counterparts remotely, the technology may have unique value in the battlefield.