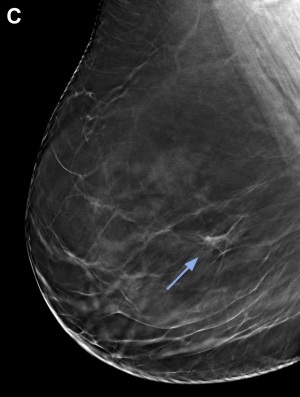 A new study out of the University of Washington School of Medicine claims the technology is not superior to digital mammography in identifying cancer and reducing recall visits for the 10% of women who have extremely dense breasts. While several studies have connected 3D mammography to these outcomes, few have examined the different outcomes it has for subgroups of women.

“Most studies have not compared differences between digital breast tomosynthesis and digital mammography by screening round, age group, and all four density categories because the highest and lowest density categories are less common, and to look at all of these possible combinations requires a large sample size,” co-lead author Dr. Kathryn Lowry, assistant professor of radiology at the University of Washington School of Medicine, told HCB News.

Approved by the FDA in 2011, 3D mammography received a corresponding medical bill in 2015 and has since grown in popularity in breast cancer imaging.

Lowry and Dr. Yates Coley, the other co-lead author and an assistant investigator in biostatistics at Kaiser Permanente Washington Health Research Institute, analyzed more than 1.5 million breast exams from women between 40 and 79. They measured cancers detected and patient recalls by age groups, breast densities, and baseline exam compared to subsequent exams.

The largest improvements for both recall reduction and cancer detection were among women undergoing their first screening mammogram, and one or both of these benefits were seen for most women in subsequent exams. Most women with dense breasts are part of the heterogeneously dense category and had the largest boost in cancer detection with 3D mammography.

The technology, however, failed to make a difference in either category for women with tissue categorized as “extremely dense”. This is especially important, says Lowry, as this subgroup already has the poorest outcomes with mammography.

“Our study adds to the existing evidence that there may be a role for supplemental screening in women with extremely dense breasts, since mammography does not perform as well in these women and it appears that performance is unlikely to improve with the transition to DBT,” she said. “However, it's still not clear what type of screening should be offered, or whether we should offer additional screening for all women with extremely dense breasts or only to women who have other risk factors. More studies are needed to evaluate alternative screening approaches for women in this density group.”

The findings add to research that is currently being pursued by members of the Breast Cancer Surveillance Consortium, a U.S. network of breast imaging registries.

Data was derived from participating registries and was pooled at Kaiser Permanente Washington.

The findings were published in JAMA Network Open.