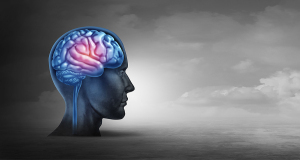 A new study is raising questions about whether Medicare should cover PET scans for Alzheimer's diagnosis.
Results from the four-year study, Imaging Dementia — Evidence for Amyloid Scanning (IDEAS), has found that costly PET scans for diagnosing Alzheimer's may not reach the benchmark for Medicare reimbursement.

Researchers at the University of California, San Francisco found that making positive diagnoses for Alzheimer’s with PET scanning failed to reduce hospitalizations by 10% a year after scans took place, thereby failing to decrease associated healthcare expenses. The study also found, however, fewer hospitalizations of those scanned and diagnosed with Alzheimer’s compared to those who were scanned and not diagnosed with the disease, according to the Associated Press.

“When comparing outcomes in participants within the IDEAS Study, those who had a positive scan had a >20% lower chance of hospitalizations than individuals with a negative scan,” lead author Dr. Gil Rabinovici, Edward Fein and Pearl Landrith Distinguished Professor of Neurology and Radiology at UCSF, told HCB News. “This finding was quite robust, even after controlling for many factors that can be associated with health outcomes."

PET brain scans cost between $4,000 and $5,000 and are not covered by insurers, due to their being no cure for the disease and because it has not been proved that scans benefit patients. In 2013 the Centers for Medicare and Medicaid Services declined to cover the scans, except for research and special circumstances.

The authors of the study scanned 12,684 patients with either dementia or mild cognitive impairment, a less severe condition. The findings were compared to those of Medicare recipients who were similar in age, sex and other factors but did not undergo scanning.

Making positive diagnoses through scanning did not decrease hospitalizations by 10% or more a year after they took place — a benchmark of the study’s focus on whether scans save money by reducing hospitalizations and ER visits. Reductions were seen among 24% of those scanned compared to 25% of those who were not.

The fall in hospitalizations, they say, indicates that caregivers did not panic when they saw symptoms that could be signs of Alzheimer’s and did not rush to the hospital. In addition, partial results from the first 4,000 participants a few years back suggest that scans more accurately diagnosed Alzheimer’s disease and altered counseling or care in up to 60% of cases.

“The fact that we saw even a modest reduction attests to the importance of having a clear and accurate diagnosis, allowing patients and families to put in place safety plans and access dementia support resources that can prevent bad health outcomes,” said Rabinovici. “Our data further suggest that knowing the result of the scan, rather than the mere act of having the scan, was more strongly associated with the health outcomes being investigated.”

The study has also been closely monitored by private insurers, who are also concerned about the costs of covering these exams, in light of there being no cure in sight and a growing elderly population that is developing this form of dementia more frequently.

Advocates hope to persuade Medicare to cover the scans, claiming they offer benefits even if they do not save much or any money, including peace of mind for families and the ability of caregivers to come up with a plan to protect Alzheimer’s patients from doing harm that could land them in the hospital.

Rabinovici and his colleagues presented their study at the Alzheimer’s Association International Conference.

The study was sponsored by the Alzheimer’s Association, the American College of Radiology and several imaging companies, and designed by Medicare officials, who paid for the scans.