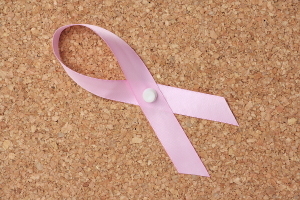 That’s according to researchers at the University of Illinois Chicago, who observed pushbacks in cancer care for radiation, chemotherapy, cancer surgery, hormonal treatment and routine follow-up appointments.

"We need time to see how consequences of these delays play out,” Elizabeth Papautsky, assistant professor of biomedical and health information sciences at the UIC College of Applied Health Sciences, told HCB News. "They could range from impact on clinical outcomes to other factors such as quality of life, mental health, and pain. Literature focused on past disasters suggests that people with pre-existing conditions tend to experience lack of access to healthcare, treatment delays or interruptions, and medication shortages. Consequences can include exacerbation of illness or even death.”

Papautsky and co-author Tamara Hamlish, a research scientist in the cancer survivorship program at the University of Illinois Cancer Center, issued a questionnaire to U.S. breast cancer survivor groups on social media and via email. They used the National Cancer Institute’s definition of a cancer survivor, which includes anyone who has received a diagnosis for cancer.

The aim of the questionnaire was to identify what kinds of care were delayed, and it contained demographic questions on race and age, as well as stage of cancer. It also had a section for general comments. The two received 609 responses, 63% of which came from patients currently receiving cancer care. The average age was 47, and respondents were 78% white, 17% black and 3% Asian.

Delays were reported by 44% of respondents, with the most commonly reported one being routine follow-up visits at 79%. Following it were delays in breast reconstruction surgery (66%); diagnostic imaging (60%); and lab testing (50%). Approximately 30% of respondents saw delays in hospital or clinic-based cancer therapies, including radiation (30%); infusion therapies (32%); and surgical tumor removal (26%). Many respondents in the general comments section also indicated their treatment was modified instead of totally canceled. For example, hormone therapies may have been spaced out more to reduce the number of clinic visits.

The researchers were surprised to find that race did not make a difference, as the results showed delays affected patients of all racial backgrounds surveyed. This was most likely due to hospitals and healthcare systems in the early weeks postponing visits and procedures across the board as they worked to manage COVID-19. Age was the only demographic variable to impact the likelihood of a delay in care, especially among younger women. The authors chalk this up to cancellations of hormone therapy for ovarian suppression, which is given to women with certain types of breast cancer. These patients, in general, tend to be younger.

Papautsky and Hamlish assert that improvements must be made in the way time-sensitive care is provided to breast cancer patients during crises, and that there are a number of tactics for helping patients who do experience delays.

“Understand the factors that need to be considered in prioritization and triage, not just limited to disease factors, but patient life factors, as well as system factors at the level of hospital, state, and country,” said Papautsky. “Providers could reach out to patients who are experiencing delays to ease concerns, inform patients on the status of healthcare operations and safety precautions in place, and very importantly, to plan for next steps in how to address the delays. Providers should also be receptive to these conversations initiated by patients. In addition, providers could stress their availability and willingness to discuss and address current and future treatment needs.”

The findings were published in Breast Cancer Research and Treatment.