Previously, ambulances were equipped with the company’s CereTom scanner. The OmniTom provides better image quality and faster scan time, according to Webster. 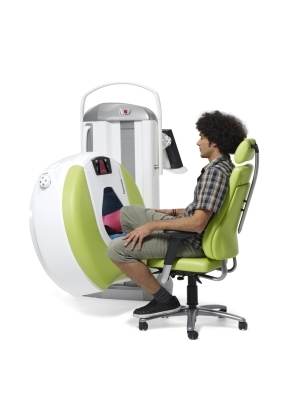 Planmed Verity
Planmed
In the last 24 months, Planmed has introduced an ultra-low dose imaging capability for the Planmed Verity, a versatile cone beam CT (CBCT) imaging system that can be used in both weight-bearing and non-weight-bearing mode for point-of-care extremity imaging, that was released in 2012.

The technology maintains the resolution but cuts the patient dose by more than 75% as compared to the standard dose, said Steve O’Neil, North American sales manager for Planmed.

In mid-2019, the company released a new feature called CALM, a reconstruction algorithm that recognizes and corrects for minor patient movement during a scan.

Both features, the ultra-low dose imaging capability and CALM, are available as software upgrades for the company’s installed base of scanners.

Later this year, Planmed will be releasing two upgrades to the Verity platform, including an extended field of view to expand from 16 to 20 centimeters an automated stitching capability to combine up to three scans to achieve a much larger scan area than is possible with a single scan.

The company also recently signed a global distribution contract for an automated 3D analysis and treatment planning software for foot and ankle surgery from a company called Disior. The software can be used with the Verity as well as any other CBCT scanner. 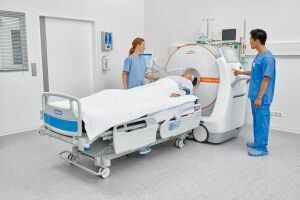 The algorithms can be used to assess the severity and progression of COVID-19 by automatically identifying and quantifying abnormal patterns in the lungs said Peter Shen, vice president of Innovation and Digital Business at Siemens Healthineers.
1
2
3
4
5(current)
6
7