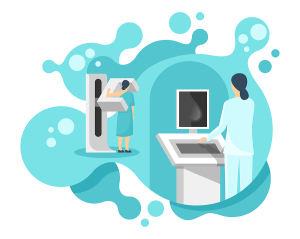 The agency’s National Cancer Advisory Board voted almost unanimously this month to form a working group to reevaluate whether it should keep funding and running its largest cancer screening study, the Tomosynthesis Mammography Imaging Screening Trial (TMIST). Dr. Peter Adamson, the lone board member who abstained, sees the reevaluation as a “smoke screen” for ending the trial, reported Medscape Medical News.

"We're going to have a working group to kill the trial," Adamson, global head of oncology development and pediatric innovation for pharmaceutical manufacturer Sanofi and professor emeritus at the University of Pennsylvania, told the publication.

Beginning in 2017, the purpose of TMIST is to investigate whether 3D mammography results in fewer advanced cancers than older, less expensive 2D technology. The trial, however, has come under criticism for its failure to enroll enough patients and participating sites and physicians. Initially projected to be a 165,000-woman study, the trial has accrued less than 1,500 women a month over the past two years, far below the average 5,500 it needed per month to meet its objective.

TMIST investigators in the past have said that recruiting patients and physicians is difficult due to radiologists already viewing 3D mammography as superior, based on their experience and prior research. Advisory board member Dr. Phillip Castle, MPH, director of the NCI's Division of Cancer Prevention, said that even with optimistic accrual projections, completing and reporting the study would need to be pushed back from its original planned date of 2025 to sometime between 2029 and 2032.

While he did not mention canceling the study during the virtual meeting, he asserted that changes in the imaging market, earlier research results and other ongoing major trials in 3D mammography might make TMIST’s contribution to mammography negligible, reported Medscape Medical News.

"[The] relevance of the [TMIST] data by the completion of the trial is uncertain because of 3-D market ... penetrance by the conclusion of the trial," he said, adding that monthly patient accrual for TMIST dropped by 50% from March to August due to the onset of COVID-19 and would “likely result in delayed outcomes and escalating costs.”
1(current)
2
3