From the March 2021 issue of HealthCare Business News magazine

It’s a frightening enough experience for pediatric patients to undergo medical procedures, but having to face large, noisy machines like MR and CT scanners can significantly compound that fear. Fortunately, contrast-enhanced ultrasound (CEUS) is now a viable alternative. 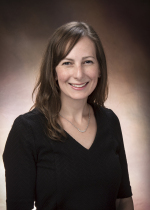 Dr. Susan Back
“The ultrasound examination environment and equipment are pediatric friendly,” explained Dr. Susan Back, chair of the Society for Pediatric Radiology (SPR) CEUS Task Force. “Children can remain in close contact with caregivers, can be examined in a variety of positions and the ultrasound unit is not as imposing as CT, MR or fluoroscopic towers.”

Similar to ultrasound exams, the vast majority of children don’t require sedation or anesthetics to undergo this procedure and no radiation is involved. There is also an added benefit for critically ill or immobile pediatric patients, as CEUS can be performed at their bedside in the intensive care unit or emergency department.

But despite its long list of benefits, a dark cloud still looms over this medical advancement.

The “black box” controversy
Historically, there has been concern over the safety of ultrasound contrast agents (UCA). The FDA put a black box warning on UCAs in 2007 following reports of four deaths and 190 serious cardiopulmonary reactions in adults.

However, Back assures that there is nothing to worry about. Even though those adverse events were temporarily related to these exams, they were “not clearly a result” of UCAs, she said.

Since those initial reports, millions of UCA injections have been administered safely. There is a growing body of literature outlining the safety profile of these agents and benefits of these studies in children and adults.

Armed with this data, the SPR CEUS Task Force supported the Citizen’s Petition filed by the International Contrast Ultrasound Society (ICUS) to remove the boxed warning in March 2019. Various medical societies also supported this petition including the American Institute of Ultrasound in Medicine (AIUM) and the Society of Radiologists in Ultrasound (SRU).

“It is clear to all who work in the field on a daily basis that the black box harms patient care by misrepresenting risk and inappropriately deterring the use of UCAs when they are medically indicated,” said Dr. Steven Feinstein, co-president of ICUS and professor of medicine at Rush University Medical Center in Chicago, in a statement.
1(current)
2