Strain imaging provides an earlier prediction of cardiac issues before the ejection fraction (EF) changes. By the time the EF changes, that’s the indicator of major issues with myocardial function.

Last year, Canon released its Auto EF with GLS tool for its Aplio a-series and i-series ultrasound systems. By hitting one button, this tool automatically provides the clinician with the EF and GLS number.

Finding the right views in each echo exam and EF and GLS is also a cumbersome process. This task typically takes stenographers a couple of minutes to complete, but they can get those numbers in a couple of seconds with this tool.

DiA also launched a new tool for this called LVivo Seamless. It automatically obtains optimal views and cardiac measurements for every cardiac ultrasound exam in the echo lab.

There are usually between 50 and 60 views in a standard echo exam and this tool pre-selects the optimal views for the calculation of EF and GLS.

An area that GLS is showing promise in is chemotherapy. Many chemotherapy agents can damage the heart muscle, so GLS is being used with the highest sensitivity to assess any potential damage.

“The tightrope that the oncologist is walking is whether they can use the agent and not put the patient in unrecoverable heart failure because of the myocardial toxicity of the agent,” said McElroy.

GLS strain imaging provides an earlier indication of chemotherapy toxicity before the EF changes. It’s thought that once the EF goes down, the damage is permanent, but if the clinician spots the change in strain GLS early on, they can adjust the chemotherapy regimen and preserve the EF and have good oncological and cardiological outcomes.

Despite its benefits, adoption remains slow. According to McElroy, the routine use of strain imaging among cardiologists is within the 20 to 30 percent range, its use in doctor’s offices is about 10 percent and at the university level it’s upwards of 100 percent. 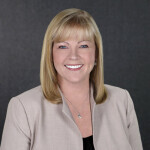 Elizabeth Oakes
Structural heart disease
The global structural heart devices market is projected to reach $13 billion in 2027, according to a new Transparency Market Research report. New procedures for aortic stenosis and mitral regulation are driving this trend, as well as the rising geriatric population.
1
2
3(current)
4 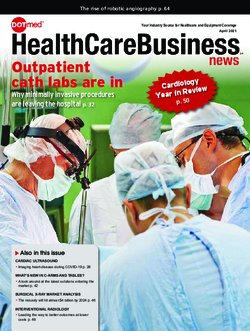