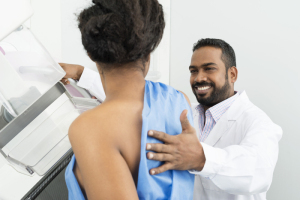 "Health systems were caught off-guard by the flood of COVID-19 cases and the need to update their protocols, purchase PPE, and the like. Once these systems were able to tackle these immediate issues, they were able to have the space and time to think about addressing other issues like falling rates of cancer screenings," said Dr. Ryan McBain, lead author and health policy researcher at RAND, told HCB News.

“These are the first findings to show that, despite real fears about the consequences of drop-off in cancer screens, health facilities figured out how to pick this back up after the initial pandemic restrictions,” said Ryan McBain, the study’s lead author and a policy researcher at RAND, a nonprofit research organization.

Mammography among women between 45 and 64 declined by 95% to an average of 6.9 screenings per 10,000 patients in March and April 2020. This average rebounded to 88.2 screenings by the end of July, beyond the 87.8 women screened in January and February.

Colonoscopies also climbed back up after decreasing 95%, from 15.1 screenings per 10,000 beneficiaries to 0.9. The rate was 12.6 by the end of July. While an improvement, the rebound was below pre-pandemic levels and was not enough to offset initial reductions in care.

The findings are based on medical claims of 6.8 million commercially insured U.S. adults from between January and July. The data was provided by Castlight Health, a health benefits manager for employer-sponsored health insurance plans across all 50 states.

"I think it will be important to understand what the impacts were of the temporary fall in cancer screening rates," said McBain. "For example, did this drop in screenings lead to a later increase in cancer diagnoses and cancer-related deaths? Intervening early, following a positive screen, can be the difference between being able to recover and not being able to recover."

The study was supported by the National Institute on Aging.

The findings were published online in the Journal of General Internal Medicine.