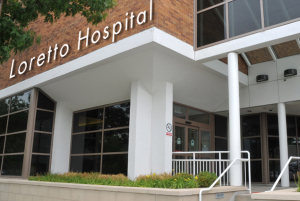 Loretto Hospital
Following revelations of administering vaccines to ineligible recipients based on favoritism, the hospital’s board accepted the resignation of Dr. Anash Ahmed, its chief operating officer and chief financial officer, on March 24.

Recently reports have emerged that, over the last month, Ahmed, along with CEO George Miller Jr., may have been responsible for the improper administering of vaccines to ineligible patients who live outside of the Austin area, apparently based on personal, as well as possibly financial, ties to the two executives.

“We will not allow any of this to derail us from our commitment to serving a community disproportionately devastated by the COVID-19 pandemic. We are proud that the Loretto Hospital has administered more than 14,000 coronavirus vaccines to date, 65 percent of which have gone to people of color. The Loretto Hospital has been on the frontlines of the fight against COVID on Chicago’s West side since day one and we will not rest until every eligible Austin resident has been vaccinated,” the board of Loretto Hospital said in a statement responding to the allegations.

Loretto Hospital is a non-profit safety net hospital that serves the Austin neighborhood of Chicago’s west side. Dr. Anash Ahmed has served as Loretto Hospital’s COO and CFO since he was hired in 2018. The Austin neighborhood of Chicago is over 95% black and Hispanic, has an average income of approximately $33,000, and is one of the most vulnerable communities in the Chicago area that has been hit the hardest by the COVID-19 pandemic.

The west side of Chicago is home to communities that are affected by a dramatic disparity in health outcomes more generally, compared with Chicago’s much more affluent Loop area, including a 16-year difference in average life expectancy.

City investigators first took notice after it came to light that Loretto Hospital hosted a vaccine event at Trump Tower in downtown Chicago purportedly to inoculate the, mostly as yet ineligible, hospitality staff that works in the building. Uproar ensued after COO Anash Ahmed posted about the event on social media bragging that he had just “vaccinated Eric Trump” alongside a photo of the two of them together. It was later revealed that Ahmed owns a condo in the building.
1(current)
2