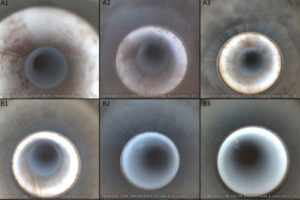 Among the devices listed in the 450 medical device reports given to the FDA were cystoscopes, ureteroscopes and cystourethroscopes — all of which are used to assess the urinary tract.

“We are very concerned about the three reported deaths, outside of the United States, associated with these infections, and we’re acting fast to communicate with health care providers and the public about what we know and what is still an emerging issue. While some reports indicate the potential causes could be inadequate reprocessing or device maintenance issues, we’re also evaluating other possibilities, including device design or the reprocessing instructions in the labeling,” said Dr. Jeff Shuren, director of FDA’s Center for Devices and Radiological Health, in a statement.

The reports referred to post-procedure patient infections or other possible contamination issues, and for each device, named Olympus or Karl Storz as the manufacturer.

Three of Olympus’ reports listed the deaths of patients from a bacterial infection that occurred outside of the U.S. Two were associated with a forceps/irrigation plug and were confirmed to be infected by lab tests. The third involved a cystoscope that failed a leak test, indicating possible damage to the device, which can be an underlying factor in infections. The reports did not mention whether or to what degree the infections or patient comorbidities listed contributed to the deaths.

The agency previously updated reprocessing guidelines in 2015 following an investigation into a potential association between multi-drug-resistant bacteria and duodenoscopes. Its probe revealed that cases of infection were occurring despite confirmation that users followed proper manufacturer cleaning and disinfection or sterilization instructions. It has since called for postmarket safety studies and updating sampling and culturing protocols, among other tactics.

For the current case, the FDA has not ruled that any specific manufacturer or brand of these devices is riskier than others, but is reviewing information on other types of endoscopes as well.

It recommends that those in charge of reprocessing follow appropriate instructions, not use devices that have failed leak tests, develop routine device inspection and maintenance schedules, and discuss with patients potential benefits and risks associated with procedures involving reprocessed urological endoscopes.