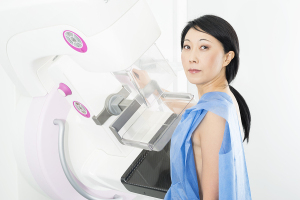 More than a third of hospitalized women are overdue, or do not adhere to breast cancer screening guidelines. This has put a third of these women at high risk for developing breast cancer. The program at Johns Hopkins Medicine enables hospitalized patients to undergo screening mammography before being discharged.

“The convenience of having screening mammography while hospitalized was reported to be a major facilitator of completing the overdue screening. All nurses (100%) taking care of these women believed that this practice should become part of the standard of care, and most hospitalist physicians (66%) agreed that this practice is feasible,” wrote the authors in a prospective intervention study on the program.

Among 101 nonadherent women between 50 and 74 hospitalized for general medical purposes, almost 80% underwent inpatient screening mammography before they were discharged, with all who did saying they were extremely satisfied with the experience, according to the study.

The mean age of participants was 59.3 and the mean 5-year Gail risk score was 1.63. In addition, 29% of the women were African-American. Determining factors for who should undergo screening was derived from sociodemographic, reproductive history, family history of breast cancer and medical comorbidities data. The data were collected between 2015 and 2016 and analyzed in 2018 with Fisher’s exact tests and t-tests.

None of the patients had health insurance, which is still an open question, according to the researchers, but the findings, they say, indicate that mammography may help hospitalized women who are overdue for screening and at high risk of developing breast cancer.

“As hospitals move toward assimilation into accountable care organizations with high-functioning electronic medical records, tests needed for preventive care should be made available to patients wherever and whenever they interact with the healthcare system,” said the researchers. “This attention to wellness promotion and disease prevention is especially meaningful for patients at the highest risk for illness and pathology.”

Out of 312 eligible individuals based on age, 39% refused to participate. Another 29% were discharged before a study coordinator could receive their consent.

The findings were published in the American Journal of Preventive Medicine.