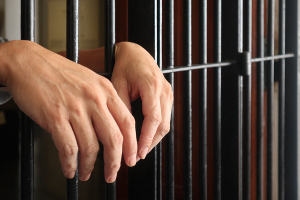 Cadwallader Coles, 59, was arrested last month for performing an unwanted sex act on the male patient at Townsen Memorial Hospital in Humble. He also allegedly then offered crack cocaine to the man, reported ABC-13 Eyewitness News.

A disciplinary panel of the Texas Board of Medical Radiological Technology responded to the incident Monday by temporarily suspending Coles’ certificate to practice after determining that “his continuation in the practice of medical radiologic technology poses a continuing threat to public welfare.”

The incident took place in February while Coles was working an on-call shift. After telling the patient to lay down on his back for the CT scan, Coles allegedly removed the man’s pants and performed the act. The patient reported the incident to the police, telling them that he “pushed the defendant away and he was trying to leave but the defendant stopped him and told him, ‘No, please.’” He then allegedly took the victim by the arm into the viewing room where he took out a pipe and offered the man drugs, according to court documents.

Coles denied the incident took place and told police that he “administered the CT scan to the complainant” before going inside the viewing room where he “saw the complainant run out.”

A DNA swab from the patient, however, showed Coles' DNA on it. Police also found two grams of cocaine and a device for smoking crack cocaine in the viewing room where Coles worked.

Coles was arrested that day for possession of a controlled substance and bonded out of jail the next day. He was charged with sexual assault on June 17 and arrested five days later. He remains in jail on a $15,000 bond.

In addition to these charges, the Texas Board of Medical Radiological Technology says Coles admitted to being under the influence of alcohol while working.