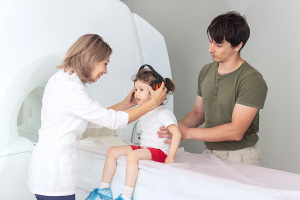 Anthem will cover children under 19 who are undergoing imaging in hospitals
Following “thoughtful” discussions with radiologists and medical imaging groups, health insurer Anthem has rescinded policy changes it made on pediatric imaging just months ago. Specifically, its decision to cover imaging for children, ages 10 and up, in cheaper outpatient alternatives rather than hospitals.

Under its new protocol, children under 19 will be covered for imaging in hospitals that are commonly staffed with pediatric specialists. As hospitals are more commonly staffed with pediatric specialists versus outpatient imaging, this gives such patients more access to specialized pediatric radiologists, who are the most experienced in monitoring and interpreting advanced imaging studies, and technologists and nurses who are specially trained to perform diagnostic CT and MR scans on pediatric populations, says the American College of Radiology.

“The updated policy will have a positive impact on the quality and safety of pediatric care for children and adolescents undergoing advanced outpatient imaging studies,” said ACR in a statement.

The insurer updated its policy on August 19, following an August 11 meeting with ACR and the Society of Pediatric Radiology. Anthem attributed the change to the need for specialized equipment for children that may not be available outside of hospitals. It also said the greater frequency of sedation among children and the fact that they are more radiosensitive than those 20 and older influenced its decision.

“Using equipment and exposure settings designed for adults may result in excessive exposure to radiation for children,” the revised policy stated. “Care must be taken to minimize radiation exposure and to ensure safety and appropriate selection and performance of advanced radiology procedures.”

Announced in April, the guideline raised concerns from ACR and SPR, with both saying that pediatric imaging specialists in hospitals make “a substantial difference” in the safety and accuracy of imaging and help “improve outcomes” for child patients. Both claimed that many childhood diseases that require imaging extend into adolescence and pointed to altered policies by Cigna and UnitedHealth to include children in this age group.

As an alternative, the two urged Anthem to instead reimburse for nonemergent, high-tech imaging in hospitals for children until they are 19.

Dr. Richard Barth, prior SPR president and professor of radiology at Stanford University School of Medicine, told HCB News back when the original policy first came out that hospitals were a better setting as they more frequently employ pediatric specialists than outpatient sites. “As an example, certified child life specialists play an important role in reducing child anxiety and discomfort, helping to assure a child's cooperation for their imaging study.”